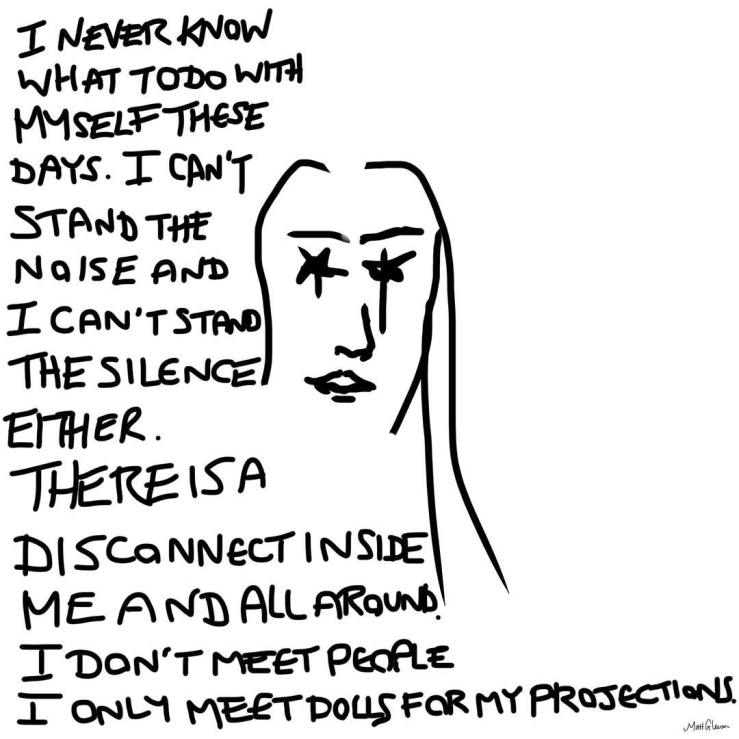 Long ago I seemed to have prioritised knowledge over people. I chose to bury my head in studying rather than go through the minefield of socialising. Back in school I thought that if I mess up a social situation, that would permanently scar me and it would just be awful overall. There was such a message of permanence and finality from authority figures at school. Study or you will fail in your life. That was the message over and over.

Socialising when you are in school may be a minefield but you learn from it. Also the people you know at school, you are unlikely to see again when you graduate from school. I didn’t know this back then. So for the past ten years I’ve tried to catch up on my social skills. Externally I can project a confident talker. Internally though I feel completely opposite. One cannot erase one’s childhood experience or hope to inject experience into that void later on in life.

The fact that I’ve not been able to internally find a middle ground between these two states is very in-securing. I feel that no matter what goes with my outward projection, people won’t know my internal self, which is opposite from my external. Therefore it feels like the interpretations people have of me are highly inaccurate. It feels like I’m putting my energies into projecting a lie and it seems pointless.

There’s really no getting away from people is there? You can escape into your own worlds, or create some type of system for yourself, or lock yourself away but sooner or later you’re going to have to deal with people. I got it so wrong when I was a kid. I thought knowledge would give me comfort. It’s quite often the opposite. Knowledge is not much good if it’s not related or connected with people.